Larissa Ahoy is an Australian indigenous artist from the Anaiwan tribe in Armidale, New South Wales. Larissa was born in Armidale in 1979. She is the daughter of Colin and Phyllis Ahoy and one of six children. Larissa is also the proud mother of six children herself.

Larissa started painting in her mid 30’s as away of expressing herself and connecting herself to country, whilst also being able to tell the stories of her family and culture.

“I have an extremely supportive family behind me, which has not only motivated me to pursue my passion as an artist but also to be a part of the community.”

In early 2021 Larissa together with her mother Phyllis and daughter Sueling reached out to Ignite with a dream of establishing their own art and design business. They now have an online store offering a beautiful selection of art, homewares and lifestyle products created from Larissa’s art, Sueling’s design and Phyllis’s innovation and direction.

“My mother’s resilience is a trait I hope to possess one day, as she was a part of the Stolen Generation, and has raised a close knit and loving family. Although she was never taken she lost all of her brothers and sisters which was extremely traumatic and she never ever got over it. The three of us all play a major role in our new business because just like in life, we cannot do without one another.” 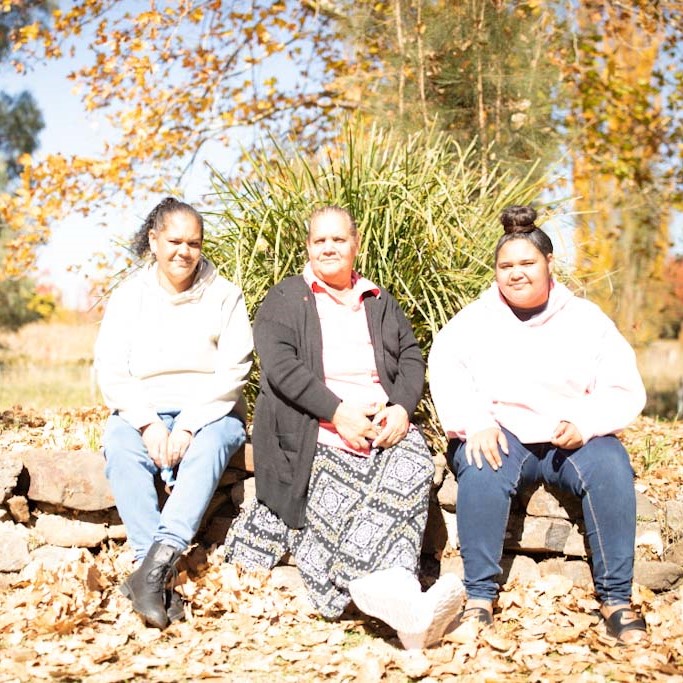 We would like to acknowledge the Traditional Custodians of this Land. We pay respect to Elders past, present and future, and the continuation of cultural, spiritual and educational practices of Aboriginal and Torres Strait Islander peoples.
Ancestors have walked this country, and we acknowledge their special and unique place in our nation’s historical, cultural and linguistic identity. This was and always will be Aboriginal land.